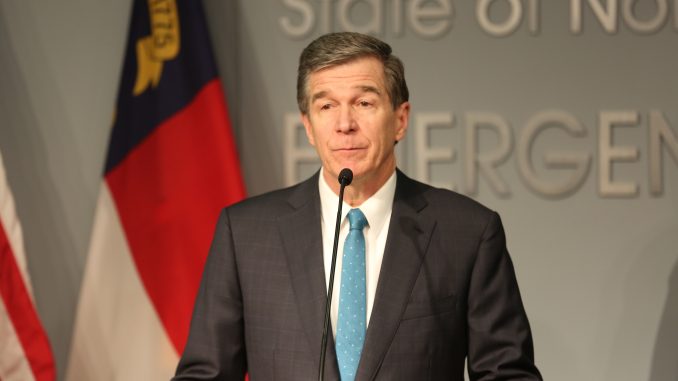 On March 25, 2020 North Carolina Governor Roy Cooper held a conference call with pharmacists from around the state. Mutual Drug was a key player on the call as five representatives from the company were actively involved in informing the Governor on the importance of independent pharmacy during this crisis. Included on the call were Whit Moose, President of the Mutual Drug Board of Directors and Owner of Moose Pharmacy, Jim Blount, Owner of Blount’s Mutual Drug in Edenton, Jennifer Burch, Owner of Central Pharmacy in Durham, Mike James, Director of Legislative Affairs for Mutual Drug, and Patrick Brown, Executive Director of Mutual CPESN.

The Governor wanted to speak directly to pharmacists to gain a better understanding of the status of patients, the pharmacists’ viewpoint on the possibility of shortages in the medication supply chain, and the rules set by the North Carolina Board of Pharmacy.

Governor Cooper thanked pharmacists for their efforts during this challenge because he sees pharmacists on the front lines and as the direct contact with patients and said he “very much appreciated the work you are doing.”

The Governor offered to have Emergency Management personnel available to pharmacies if that became a need. This gave Whit and Patrick the opportunity to explain Mutual CPESN, the network of pharmacies that provide patient care and monitoring by pharmacists and their staff. The Governor noted that this would be important for him beyond the scope of the COVID-19 crisis. He also said that he would have his staff connect us with Emergency Management personnel should pharmacy staffing needs require additional resources beyond the list Mutual Drug is creating. (Note: pharmacists, technicians, and other staff who would like to volunteer to help can fill out this form and will be notified should a need arise).

The Mutual Drug team also mentioned that some independent pharmacies may be able to provide their pharmacy parking lots to set up testing. HHS is still determining how the testing pattern will be set up and decide over the next few weeks their course of action.

The discussion then turned to medication shortages and concern there may be other normal medication shortages in addition to the current issues with hydroxychloroquine and azithromycin. The Governor requested that he be kept aware of developments. (Note: the North Carolina Board of Pharmacy has since implemented guidance on this which can be found here).

The call concluded with Governor Cooper reiterating his support and thanks to the pharmacy community and expressed his desire for further conversations during this pandemic.

For additional information about the call, or suggestions on other initiatives to be brought to the attention of Governor Cooper, please contact Mike James (fmjames@mindspring.com) or Patrick Brown (pbrown@mutualdrug.com).